MEASURING THE PAIN…DEATH AND DIVORCE.

MEASURING THE PAIN…DEATH AND DIVORCE. 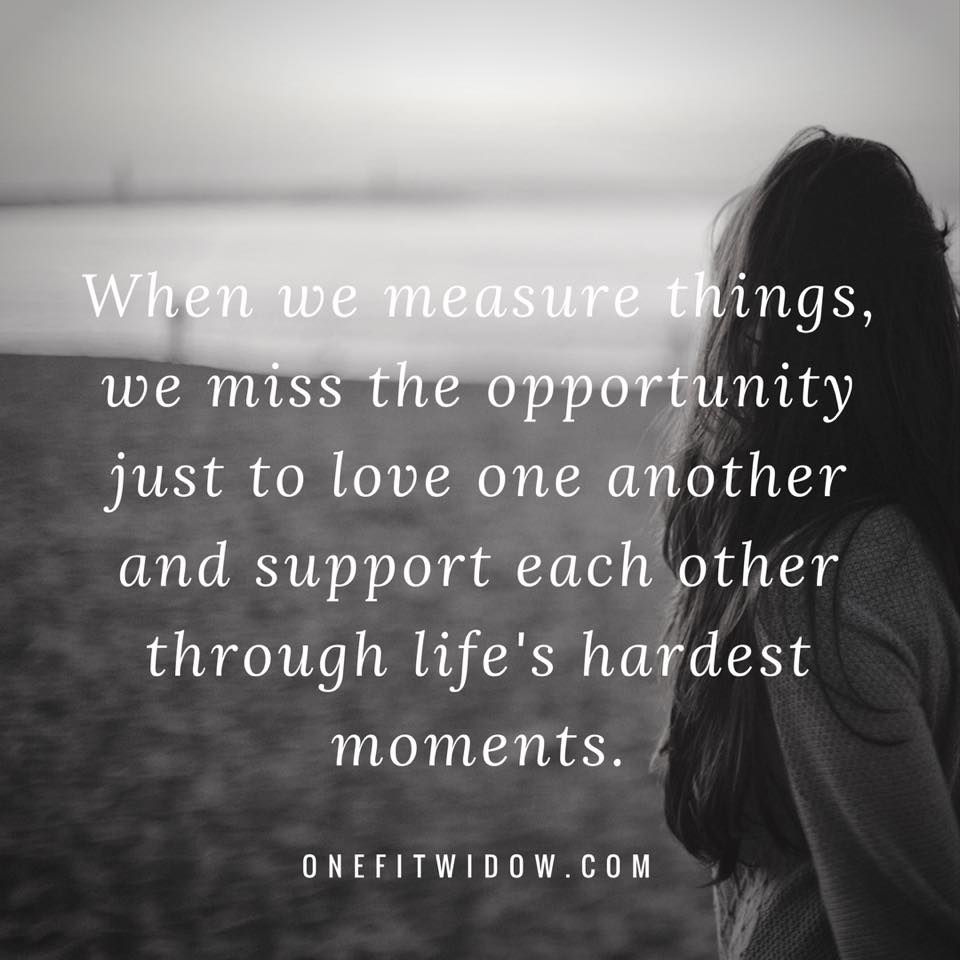 Please stop….I beg of everyone.

A few weeks after my late husband passed away was my first preview into the competitive world of, “what’s worse, death or divorce?” and it made me infuriated. Here I was, a newly grieving widow, dealing with the end of life stuff, shock, two tiny children and tons of grief and someone said to me:

“Now you know how I felt when so-in-so left.”

I was tongue tied.

I will be very honest. That sentence pissed me off in ways I could not put into words. My one son and two-year-old daughter WOULD NEVER SEE THEIR DAD AGAIN, EVER so how in the heck could she compare my husband’s death to their divorce?

The rumblings continued from family and friends.

“At least he died loving you.”

“At least you don’t have to see him around town or with someone else.”

Ugh, those comments are like nails on a chalkboard when you are grieving the untimely death of someone you love. I mean really, I’d rather see him around town with someone else then see him dead….at least my kids would have their Dad.

About a year after my loss, a friend of a friend told me:

“Get over it already; divorce is so much worse.”

Now I’m not a violent person, but at that moment, I felt like punching her.

And so the comparisons began.

Nearly every widow and widower I know, and I know thousands, hate the comparison of death and divorce. It’s a subject that sends people into rants, soapboxes, and downright anger.

Let’s be clear….there are very real differences between death and divorce.

Death means you will never see the person again, and children grow up without that parent.

Death, in many cases, can cause PTSD, deep anxiety, and trauma.

Divorce is a choice by one person in the relationship – not always both.

Divorce means that even if you love that person, you still you see them go on with their lives without you.

Divorce means children will in many cases bounce between two households and two parenting styles.

The differences I just listed are just a sampling of many, but you get the idea…death and divorce are not the same things. They have never been, and they never will be.

That being said, I’ve done an 180 in regards to my anger over the issue. With nearly eight years of perspective and the marriage to a man who has been through a bitter and angry divorce, I’ve come to a new place of understanding.

There are some similarities.

Both situations leave unplanned changes to your future.

Both situations can cause grave financial issues.

Again, this is not an all-inclusive list – just the tip of the iceberg.

Let me ask a question….

Death and Divorce are not the same things, so why are we comparing them?

Why is there a measurable pain scale where one side thinks they own the corner on suffering?

It’s an entirely different kind of pain, but it’s grief just the same.

My parents divorced when I was two, and I watched my mom give up on life after a divorce she never wanted. Forty plus years later she is still in love with the idea of a relationship that died before I even entered Kindergarten.

I’ve watched my husband Keith fight with his ex over custody, what’s better for the children and I’ve watched his heart break when he can’t be with his kids during critical moments. I’m proud of how far he and his ex-wife have come, both parents coming to a place of putting the children first, but it didn’t happen overnight and without some considerable heartache on both sides.

I can’t put into words how I feel when my kids miss their Dad. It’s heartbreaking on a level that is indescribable.

I can’t put into words what’s it’s like to pick out the end of life arrangements for a person who was your world.

I can’t put into words how it feels to wish more than anything in the world for just five more minutes. Just five minutes to look into their eyes and tell them just how much you love them.

My life has been profoundly affected by both death and divorce, and you know what, I’m done comparing them because in all honesty THERE IS NO COMPARISION!

Both situations suck, and I wouldn’t wish the pain of either on anyone.

Don’t tell me I’m lucky that he died loving me, and I won’t tell you that you are fortunate to be able to see him walking around living.

You are in pain.

My pain is not on the same measurable scale as your pain because I threw the scale out a long time ago. I’m not measuring.

When we measure things, we miss the opportunity just to love one another and support each other through life’s hardest moments. I’m not here to measure your heartache because my journey is different than your journey. I can’t measure a road I’ve never walked, and you can’t measure a path you’ve never taken.

I’m sorry you are in pain from death or divorce.

I’m sorry your life has taken a twist that was not expected.

Instead, I’m going to tell every single person who reads this to go LIVE on their terms and by their rules.

Life is difficult regardless of your road, but you won’t ever make it better if you become bitter, angry and carry a grief scale.

Regardless of how you lost your future, your love or your partner….do not let it stop you from making the most of the moments you have been given.

Grieve for what you have lost, take time for yourself, learn and grow…evolve.

Part of evolution means you let go of others silly statements, opinions, and comments that can’t be understood by people in the middle of their unique storm.

I’ve evolved enough to know I don’t hold the corner on pain….nor do I want to.

Regardless of your personal storm and the life circumstances that brought that storm to fruition, I hope you learn to dance in the rain and live the life you have left.

We are all still here for a reason, all of us. I hope we all survive and thrive. 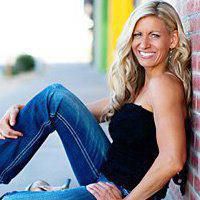 Michelle Steinke-Baumgard is an author, speaker, fitness coach, mother and remarried widow. After losing her husband Mitch in 2009, she turned to exercise as an outlet for grief and a way to handle stress. Michelle found it so powerful that she eventually quit her corporate job to become a fitness trainer. Since then Michelle has been featured in Fitness Magazine, Shape Magazine, Woman’s Day Magazine, contributed to articles for Prevention Magazine, The Huffington Post, and countless other media outlets. In addition to her virtual training business, Michelle recently launched her own nonprofit focused on helping widows and widowers complete bucket list dreams to honor their late spouse while moving boldly into their future.

You can find out more about Michelle’s training programs at www.my1fitlife.com

You can find out more about Michelle’s nonprofit at www.livethelistnonprofit.org