This post was written in 2014 by Keith, Michelle’s fiance just a few weeks before their marriage.

In a few days, I will be marrying my beautiful fiancee, Michelle. She will become my wife, but I am not so sure I will be the only man she thinks about for the rest of her life. In fact, I am pretty sure she will also be thinking about another guy because she is a widow.

When we first started talking and before we met, I had no idea she was widowed.

I just thought that she was this beautiful, caring, brilliant, sexy person whom I had so much in common with and wanted to be with more and more. We talked about traveling, hiking, our kids, living healthy, being adventurous, and so much more that made me fall in love with her from our first date. After we started dating, she told me she was a widow in no uncertain terms, and that she had lost her husband in a plane crash. I too had lost my best friend in a plane crash, yet another thing we had in common, albeit not a good thing. I had never spent much time around widows or for that matter ever dated a widow, but I was willing to try. I learned the term “chapter 2”, which refers to the second man after a widow’s deceased husband whom she is dating or married to. I was divorced, and that in itself came with its fair share of “baggage” as well. I didn’t understand how to act or what to say at the beginning of our relationship. I would hold my words or chose them carefully in hopes of not opening up a “wound” or seeming insensitive. I have gotten better but still learning…and will continue to do so. Our relationship was very fragile in the beginning; we were experiencing all of these firsts….first date, first hike, first dinner, first kiss and so much more that were bittersweet. For “us” they were incredibly exciting, but for her (I can only guess), they were those things as well but also sad and heart wrenching. She never thought she would be experiencing these “firsts” again….especially with someone other than her husband, the man she married years ago. Meeting her kids was exciting for me, but for her…I was not her husband or more importantly their father. I was not the one who was there at their birth or heard their first words. Something else I thought I would never say or even thought about doing was meeting my girlfriend’s in-laws. That is not something that happens a lot. One of the toughest things I have done. Without a doubt (I can only guess), one of the hardest and most awkward things Michelle has ever had to do. I was meeting these people and taking the “duties” over of what should have been their sons….their blood. Being their daughter in laws new “man” and being their grandkids new “daddy,” things I could never even imagine comprehending to understand. Seeing pictures of the “whole” family and hearing stories of fun times was always met with mixed emotions from me. I wasn’t in those pictures; it was another man…I wasn’t in those stories; it was another man. On the one hand I wanted to be this strong, confident guy who wouldn’t let the “baggage” of widowhood bother me and on the contrary, I felt out of place and just wanted to start fresh and create our own “baggage.”

I have learned and grown a lot over these past few years being in a relationship as a chapter 2. I have learned widows do not move on; they move forward. I have learned widows grieve at different levels and progress within their time frames. Don’t hurry the relationship too fast; it will progress at its speed. I have learned not always to try and fix things…a lot of the emotions are not geared towards or caused by me. A lot of times I have no control over how she is feeling, let them have their space and just hold them, so they feel secure and safe. I have learned to be the best “daddy on earth” I can be and to understand there will always, and needs, to be talk of the kids dad to them….especially his characteristics, his funny stories, his memories, etc. I have learned it is alright and pretty awesome to have two sets of “in-laws” who are understanding to my position in their daughter/daughter in laws life and have excepted me by continuing to make me feel welcome. I have learned widows feel deeper emotions and live fuller lives every day….for this, I am thankful and continue to embrace it.

If you are a chapter 2, who is not quite sure about the relationship you are in…stick with it and be honest and understanding to them.

You will enjoy life and love at a whole new level! 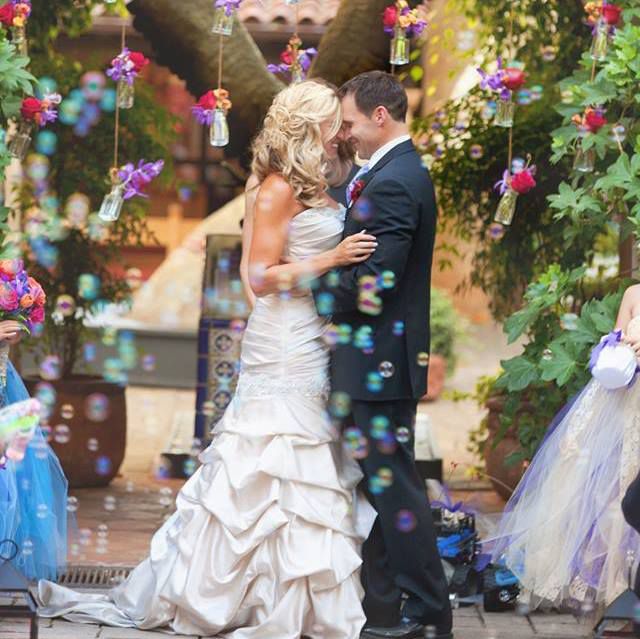 Keith and Michelle married in June of 2014 and now reside in Montana with their 4 kids and 2 dogs.

One thought on “MARRYING A WIDOW”

This site uses Akismet to reduce spam. Learn how your comment data is processed.