THE #1 BEST THING ABOUT BEING WIDOWED!

THE #1 BEST THING ABOUT BEING WIDOWED!

I’ll save you all the work of scrolling down through this text to find the answer to the teaser that is in the title of this blog. The best thing about being Widowed is:

Whaaaaaaat?! Yes. Other people judging you is the number one best part of widowhood (having permission to drink martinis on a Tuesday afternoon is a close second).

For a brief period,; I attempted to be a Socially Appropriate Griever. I went without makeup, I hid the fact that I was dating, and I invested the life insurance money. I posted pictures of him on Facebook and made sure everyone knew that I slept in his jacket every night. This persona was stifling, but I didn’t feel I had a choice. I needed everyone around me to know that I was sad. I needed them to know that I missed my husband. I needed them to know that I was grieving him the “right” way. I also needed myself to know this. I needed to alleviate the guilt I was having at being relieved at his death. Ya, I said it. Relieved. He and I were both victims of the mental, emotional and physical decline he’d undergone in the last two years of his life leading up to his suicide, and with his death, a weight was lifted. Of course, new weight was added, but during this time in my mourning, all I could feel was the guilt. And the hangovers.

Then came the judgment.

One day, two women at the bank who knew my story but did not know me, openly gossiped about John’s suicide while I was in line behind them. Or, more specifically they gossiped about my reaction to his suicide. One woman pointed out that she heard I still drove my kids to school every day. Apparently, if her husband had offed himself, she wouldn’t even get out of bed for the first year, so I must not be that devastated about it. The other woman noted that the same contractor that was remodeling her bathroom was also remodeling my house and that I must love having all this extra money.

These women freed me, and the freedom that came from their judgments has been the best thing about widowhood.

Our grieving will be judged. This is a fact. So what are we to do with this? First we are going to cry about it (just what we need, more tears!), then we are going to get good and pissed about it (seriously, funeral directors need to sell us punching bags in addition to overly priced coffins) and then we are going to say to ourselves: “It doesn’t matter what I do, people will judge me anyways so I might as well do whatever the f*** I want!”

Let their judgments be your liberation.

I’ll say that again, let THEIR judgments, THEIR ignorance, THEIR arrogance be YOUR liberation. Let their judgments take root in your broken hearts and grow into middle fingers and shopping sprees and karaoke-ing and throwing mud at fences because you are out of things in the back yard to throw. Let their judgments be the beginning of your new life-a life that is formed by waking up every morning on your tear-saturated, snot-incrusted pillow and saying to yourself “What do I want to do today?” “Who do I want to be?” “Where do I want to go?” and then ask yourself the most important question of them all: “How do I make this happen?”

Here is how you make this happen: never forget the judgments. Never try to unsee the whispers and the stares. They are a part of you now and they must be accepted right along with all the other horrible truths widowhood forces you to know. Accept the judgment and then use it to fuel the rocket ship you are about to board that will take you to your new, awful, broken, infuriating and free as f*** life.

Come see me on the moon. We will look down at the small specks of bored humans that are probably still judging us while we eat cheese, drink martinis and congratulate each other on our ability to love deeper, feel harder, open ourselves wider and possibly even remember to shower once a day. 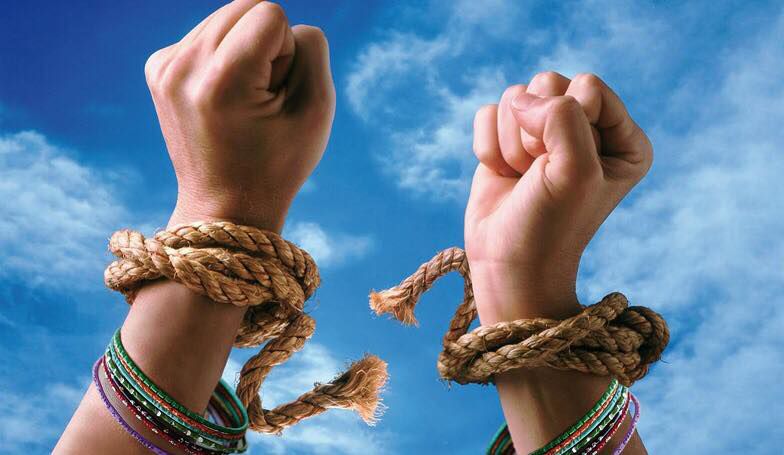 Michelle Miller is a suicide-widow, author of two memoirs: “Boys, Booze and Bathroom Floors” and “Vodka Soup for the Widowed Soul”, public speaker, and Widow Life Coach. She lives in San Diego California with her best friend, their five children and a dwarf bunny.